HOW DO HARDWOODS AND SOFTWOODS DIFFER?

They look different. Some are smooth, some have bold grain and some have knots or bird eyes. They finish differently. The density of the various woods change the depth and tone of the color. The region where the furniture is made, the style, and the historical period of the piece determine the wood used.

The following is an alphabetical listing of the most popular hard and soft woods:

Alder
Alder, a relative of birch, grows from Alaska to Southern California. It ranks third behind oak and pine as the wood most commonly used for ready-to finish furniture.

Ash
There are several species of American ash: black, brown, and white. Like most other hardwoods the timber of the white ash is heavy, hard, strong and durable. What sets ash apart and makes it valuable for many special uses is its exceptional flexibility. Ash is among the most easily steam-bent hardwood species. Early windmills were made form Ash. Ash is also used extensively in the manufacture of sporting goods. We all know that baseball bats are made from white ash. Ash is a popular species for food containers because the wood has no taste.

Aspen
Both quaking and big tooth aspen are readily available as lumber in the western U.S. Because of it’s neutral odor and taste, it is used for food containers and other food industry needs. In recent years it has become increasingly important in the manufacture of wood furniture.

Color: Very light and white in appearance.
Grain: Very even grained.
Finishing: Ideal for non-penetrating finishes such as water based stains and paints

Beech
Related to the oak and chestnut, beech is most common in the higher altitudes of the Appalachian Mountain chain. Elegant and attractive, the American beech is a medium tall tree with the smoothest of all bark. It grows, naturally, along mountain slopes and rich uplands in nearly pure stands. It tolerates shade well making it one of the forest trees that can thrive beneath the canopy of taller species. American beech is an important timber species. It is highly adaptable to steam bending while retaining its strength. It is excellent for woodturning, wears well and takes preservatives well. Because beechwood becomes slick with wear, it is perfect for drawer sides and runners. Because it bends well, it is used in bent wood chairs and other bent wood furniture. It does not impart flavor, odor or color to food so it is good for food utensils and containers.

Birch
Yellow birch is a deciduous hardwood which grows principally in the upland, hilly terrain of the Northeastern and Lake States forests: There are nine species of birch native to North America, including the very distinctive and familiar white trunked paper birch. But the species named yellow birch is the most common and important commercial lumber birch. It is identified by its bright, yellowish bronze colored bark that peels in long, thin horizontal strips.

Cherry
Like all fruit trees, cherry belongs to the rose family and was used as early as 400 B.C. by the Greeks and Romans for furniture making. Cherry helped define American traditional design because Colonial cabinetmakers recognized its superior woodworking qualities. Today, cherry helps define Shaker, Mission and country styling. The wood from the cherry tree can be described in a single word: beautiful. Its rich red-brown color deepens with age. Small dark gum flecks add to its interest. Distinctive, unique figures and grains are brought out through quarter sawing. It has an exceptionally lustrous appearance that glows. The finish is satiny to the touch.

Eucalyptus
The eucalyptus genus represents more than 300 species. They have been successfully planted in South America, South Africa, Europe and the United States.

Color: It is pinkish-brown in color and turns to a reddish-brown with age and exposure to light.
Characteristics: Its’ resistance to decay is relative to teak. Eucalyptus is a heavy hardwood that earns high marks for strength.
Eucalyptus is a renewable resource with high productivity in relatively short harvest rotations. The wood in these products comes from well managed forests, independently certified in accordance with the rules of the Forest Stewardship Council (FSC).

Hickory
A Native American tree, hickories are members of the walnut family. Hickory is the hardest, heaviest and strongest American wood in common use. Westward trekking pioneers allegedly made hickory a prerequisite for their wagon wheels.

Mahogany
The heavyweight of all woods, mahogany is one of the most valuable timber trees. Popular in the ’50’s, mahogany is making a comeback due to the new attraction to the “red” woods. On an interesting note, new model automobiles were originally carved, full sized, entirely out of mahogany! Each piece, no matter how big or small, from the front bumper, to the engine, the dashboard, the drive shaft, back to the lock on the trunk is first fashioned from this very stable hard wood.

Color: Varies from light red or pale tan to a rich dark deep red or deep golden brown, depending on country of origin.
Grain: It is generally straight grained but is prized for its figures which include stripe, roe, curly, blister, fiddleback, and mottle.
Characteristics: Extremely strong, hard, stable and decay resistant
Finishing: Finishes and stains to a beautiful natural luster.

Maple
The American species of maple are divided into two groups: Hard maple, which includes sugar and black maple; and soft maple, which includes red and silver maple. Until the turn of the century, the heels of women’s shoes were made from maple, as were airplane propellers in the 1920s. Maple has been a favorite of American furniture makers since early Colonial days. Hard maple is the standard wood for cutting boards because it imparts no taste to food and holds up well.

Oak
The oaks-red and white-are the most abundant U.S. hardwood species. It would be difficult to name a wood with a longer and more illustrious history in furnishings and interior design. Oak was a favorite of early English craftsmen and a prized material for American Colonists. White oak is just one of 86 oak species native to this country, but it is the classic oak of America. Although prevalent throughout the eastern half of the United States, from Maine to Texas, white oak lumber comes chiefly from the South, South Atlantic and Central States, including the southern Appalachians.
Red oak grows only in North America and is found further north than any other oak species. A big, slow growing tree, red oak takes 20 years to mature and lives an average of 300 years.

Parawood
Parawood is A Native tree of the Amazon Region of South America. Information about Parawood can be traced back to Christopher Columbus. It was during his second visit to South America, that he wondered at the heavy black ball the natives were using in games. This black ball was made from the vegetable gum of the Parawood tree. Later historians would also marvel at this substance, which bounced so much when thrown to the ground it appeared to be alive. In the 19th century an Englishman named Henry Wickham transported some seeds to England for germination. The seeds germinated and these small seedlings were then transported to the Malay Peninsula for planting; there to start the Great Rubber Plantations of Malaysia. After 25 to 30 years of latex production, tapped in the same manner syrup is tapped from the Maple trees, the tree ceases to produce sufficient quantities of latex. The tree is cut for processing in the manufacture of fine furniture and a new tree is planted in its place.

Pine (Radiata)
Radiata Pine is a plantation-grown wood from South America and New Zealand that is harder than other pines and has fewer knots.

Pine (Southern Yellow)
Southern Yellow Pine is actually a species group that is made up of primarily four trees: loblolly pine (Pinus taeda), long leaf pine (Pinus palustris), shortleaf pine (Pinus echinata) and slash pine (Pinus eliottii) Loblolly Pine is the most important and predominant of the four. It grows throughout the Atlantic Coastal Plain, often in commercial stands, from Maryland south through all the Carolinas and Georgia into Florida, and westward to East Texas. It is classified as a hard pine and is harder than white pine.

Pine (White)
Found in the uplands of Newfoundland, Ontario and Manitoba in Canada, south throughout New England and the Great Lakes Region to South Carolina White Pine is the state tree of Maine and Michigan. A very large tree with relatively few horizontal big limbs, the Eastern white pine is one of the tallest timber trees in the Northeast.

Color: white to pale yellow with a reddish tinge. It darkens with age and air exposure, eventually turning to a deep orange color.
Grain: The wood is light, soft, straight grained and with very uniform texture.
Characteristics: It works very well and is easily shaped with hand and power tools. This wood accepts many types of glue well, making for tight bonding.
Finishing: Pine takes most finishes well. With some stains, a sealer helps prepare the wood to achieve a more even look.

Poplar
Also known as yellow poplar, tulip poplar, tulipwood and hickory poplar, -poplar trees grow taller than any other U.S. hardwood species. The yellow poplar grows quickly into a tall straight tree. It is found alone in open, rich, moist soil. Because of its fast maturity the lumber from poplar is lightweight and soft for a hardwood. But it is strong, durable and seasons well resisting warping once it is dried. Because the trunk has no limbs or branches, except at the very top, the wood has no knots.

Color: White to yellowish cast, sometimes with slightly greenish cast and occasionally with dark purplish streaks.
Grain: It is straight grained and evenly textured.
Characteristics: Comparatively uniform texture, light to medium weight, excellent strength, and stability. . It cuts and sands well, keeps its’ edge and resists splitting.
Finishing: The wood stains well and can easily be made to resemble walnut or maple. Because it takes paint exceptionally well, it is often painted.

We want to be your unfinished wood furniture store! Come see us or contact us today. 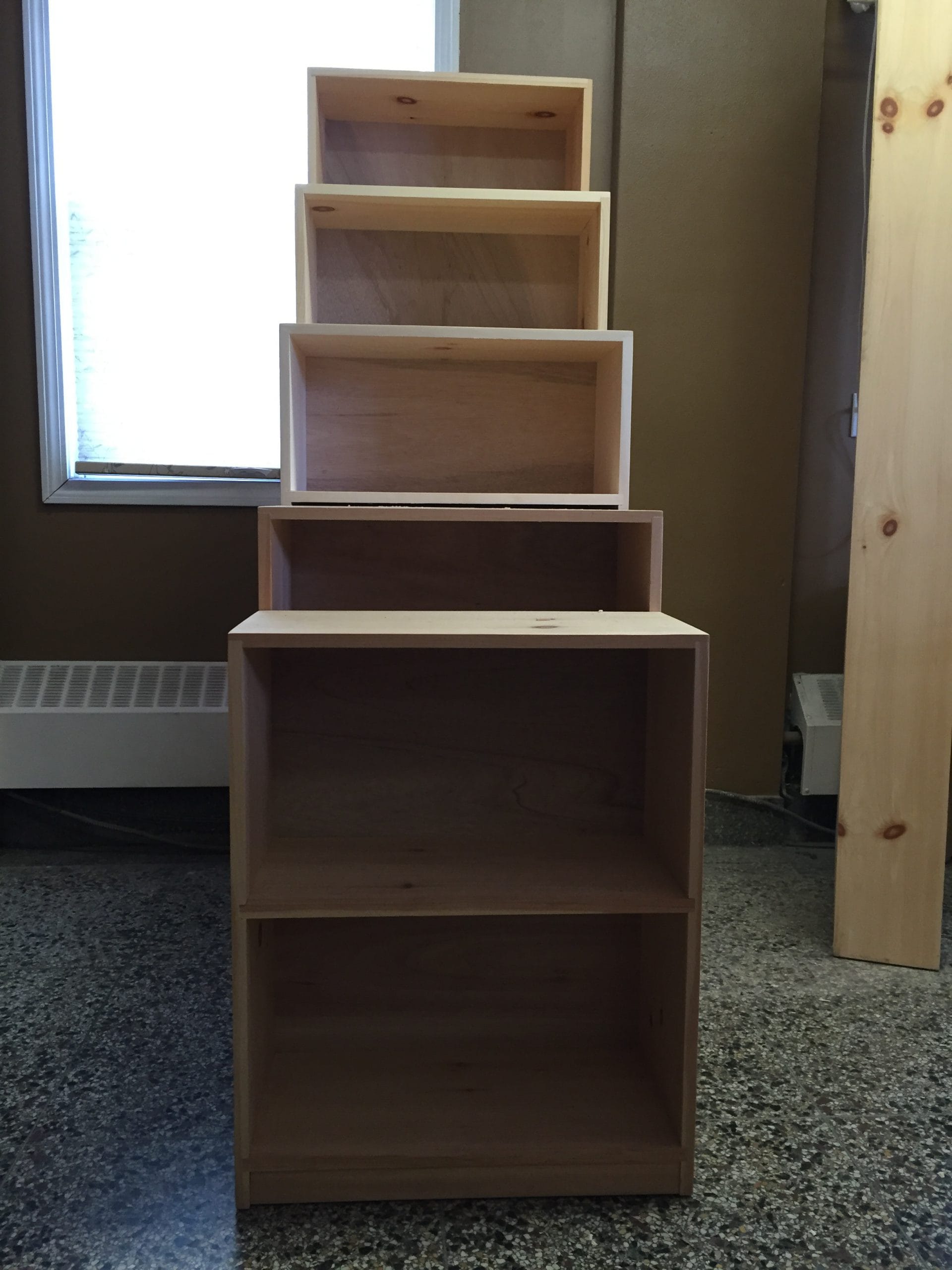 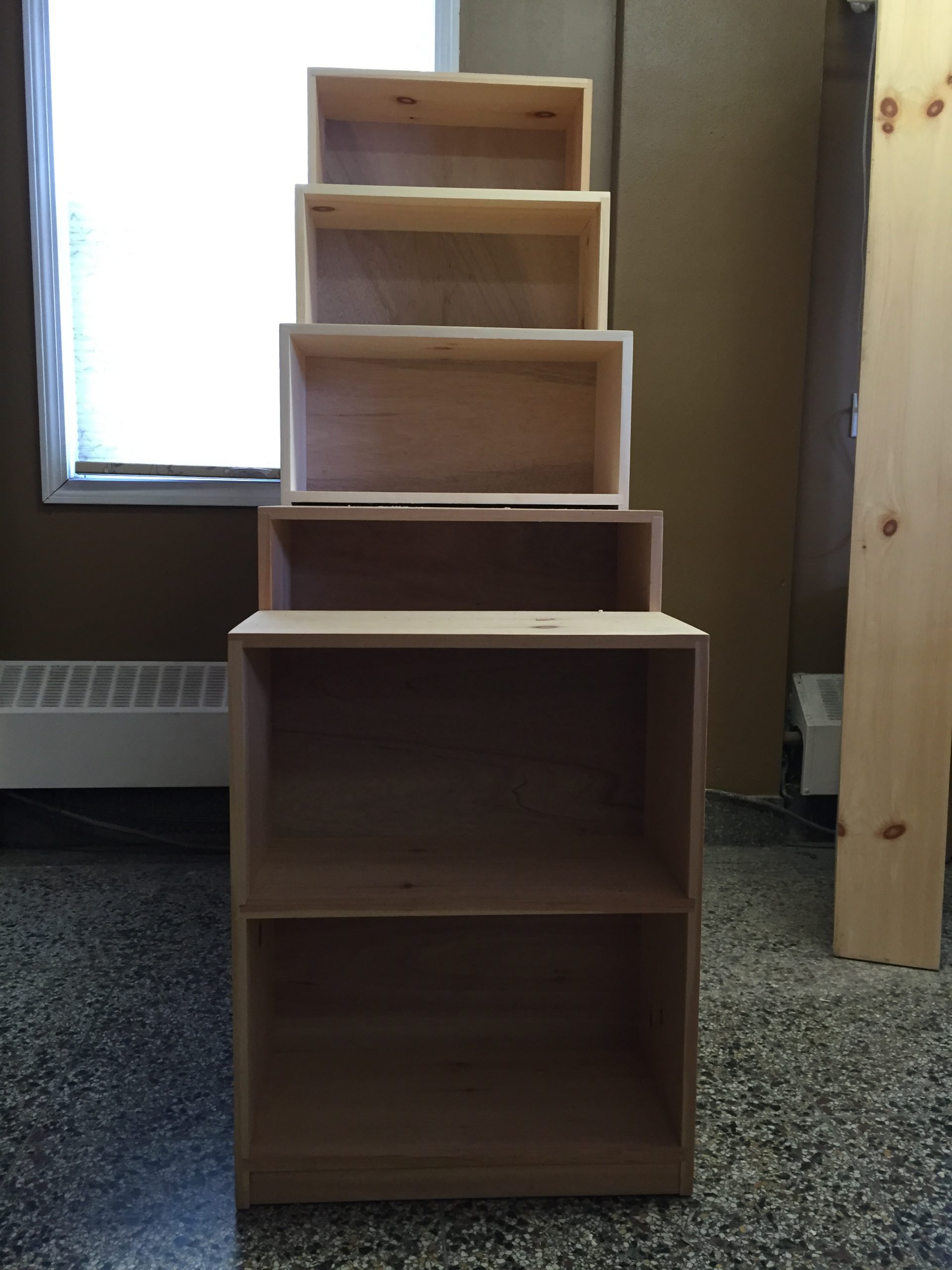